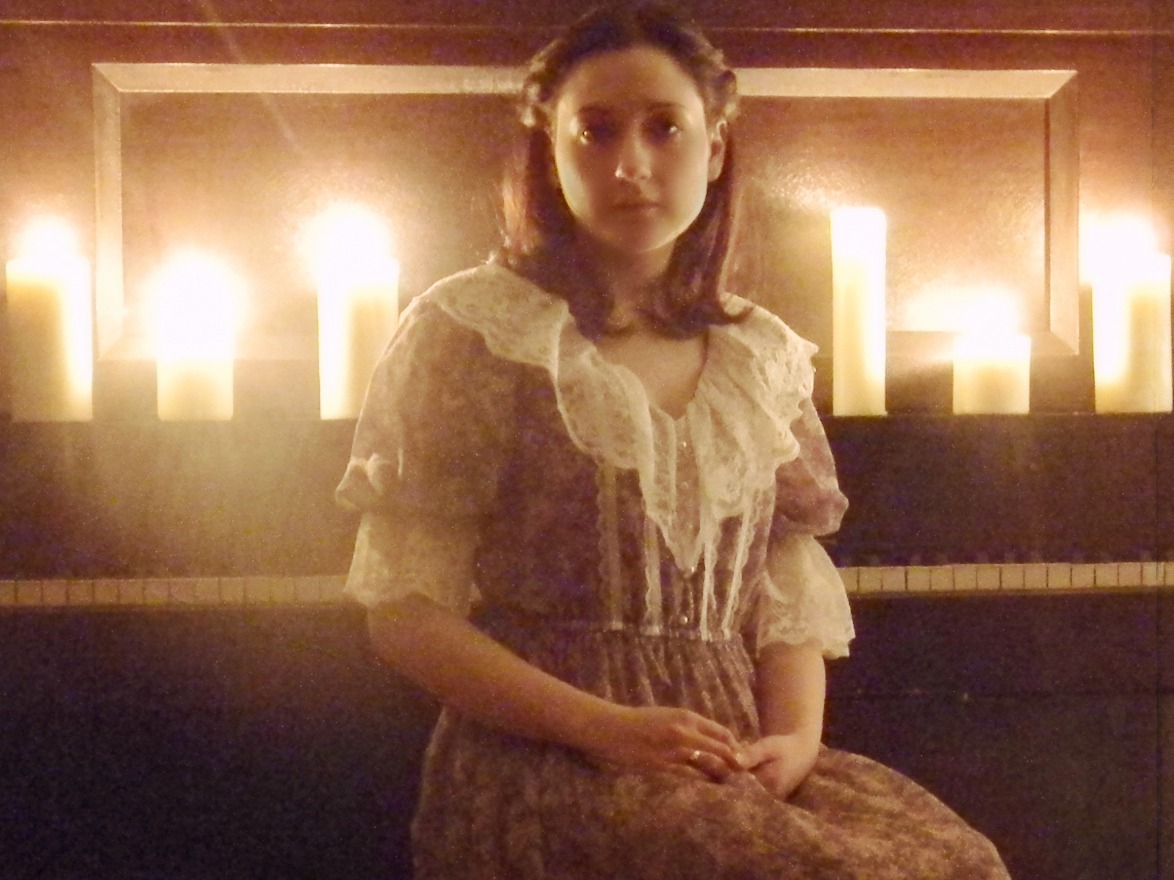 Essays Before A Sonata

If the dictagraph had been perfected in Bronson Alcott’s time, he might now be a great writer. As it is, he goes down as Concord’s greatest talker. “Great expecter,” says Thoreau; “great feller,” says Sam Staples, “for talkin’ big ... but his daughters is the gals though – always DOIN’ somethin’.” Old Man Alcott, however, was usually “doin’ somethin’” within. An internal grandiloquence made him melodious without; an exuberant, irrepressible, visionary absorbed with philosophy AS such; to him it was a kind of transcendental business, the profits of which supported his inner man rather than his family. Apparently his deep interest in spiritual physics, rather than metaphysics, gave a kind of hypnotic mellifluous effect to his voice when he sang his oracles; a manner something of a cross between an inside pompous self-assertion and an outside serious benevolence. But he was sincere and kindly intentioned in his eagerness to extend what he could of the better influence of the philosophic world as he saw it. In fact, there is a strong didactic streak in both father and daughter. Louisa May seldom misses a chance to bring out the moral of a homely virtue. The power of repetition was to them a natural means of illustration. It is said that the elder Alcott, while teaching school, would frequently whip himself when the scholars misbehaved, to show that the Divine Teacher – God – was pained when his children of the earth were bad. Quite often the boy next to the bad boy was punished, to show how sin involved the guiltless. And Miss Alcott is fond of working her story around, so that she can better rub in a moral precept – and the moral sometimes browbeats the story. But with all the elder Alcott’s vehement, impracticable, visionary qualities, there was a sturdiness and a courage – at least, we like to think so. A Yankee boy who would cheerfully travel in those days, when distances were long and unmotored, as far from Connecticut as the Carolinas, earning his way by peddling, laying down his pack to teach school when opportunity offered, must possess a basic sturdiness. This was apparently not very evident when he got to preaching his idealism. An incident in Alcott’s life helps confirm a theory – not a popular one – that men accustomed to wander around in the visionary unknown are the quickest and strongest when occasion requires ready action of the lower virtues. It often appears that a contemplative mind is more capable of action than an actively objective one. Dr. Emerson says: “It is good to know that it has been recorded of Alcott, the benign idealist, that when the Rev. Thomas Wentworth Higginson, heading the rush on the U.S. Court House in Boston, to rescue a fugitive slave, looked back for his following at the court – room door, only the apostolic philosopher was there cane in hand.” So it seems that his idealism had some substantial virtues, even if he couldn’t make a living.

The daughter does not accept the father as a prototype – she seems to have but few of her father’s qualities “in female.” She supported the family and at the same time enriched the lives of a large part of young America, starting off many little minds with wholesome thoughts and many little hearts with wholesome emotions. She leaves memory-word-pictures of healthy, New England childhood days, – pictures which are turned to with affection by middle-aged children, – pictures, that bear a sentiment, a leaven, that middle-aged America needs nowadays more than we care to admit.

Concord village, itself, reminds one of that common virtue lying at the height and root of all the Concord divinities. As one walks down the broad-arched street, passing the white house of Emerson – ascetic guard of a former prophetic beauty – he comes presently beneath the old elms overspreading the Alcott house. It seems to stand as a kind of homely but beautiful witness of Concord’s common virtue – it seems to bear a consciousness that its past is LIVING, that the “mosses of the Old Manse” and the hickories of Walden are not far away. Here is the home of the “Marches” – all pervaded with the trials and happiness of the family and telling, in a simple way, the story of “the richness of not having.” Within the house, on every side, lie remembrances of what imagination can do for the better amusement of fortunate children who have to do for themselves-much-needed lessons in these days of automatic, ready-made, easy entertainment which deaden rather than stimulate the creative faculty. And there sits the little old spinet-piano Sophia Thoreau gave to the Alcott children, on which Beth played the old Scotch airs, and played at the Fifth Symphony.

There is a commonplace beauty about “Orchard House” – a kind of spiritual sturdiness underlying its quaint picturesqueness – a kind of common triad of the New England homestead, whose overtones tell us that there must have been something aesthetic fibered in the Puritan severity – the self-sacrificing part of the ideal – a value that seems to stir a deeper feeling, a stronger sense of being nearer some perfect truth than a Gothic cathedral or an Etruscan villa. All around you, under the Concord sky, there still floats the influence of that human faith melody, transcendent and sentimental enough for the enthusiast or the cynic respectively, reflecting an innate hope – a common interest in common things and common men – a tune the Concord bards are ever playing, while they pound away at the immensities with a Beethovenlike sublimity, and with, may we say, a vehemence and perseverance – for that part of greatness is not so difficult to emulate.

We dare not attempt to follow the philosophic raptures of Bronson Alcott – unless you will assume that his apotheosis will show how “practical” his vision in this world would be in the next. And so we won’t try to reconcile the music sketch of the Alcotts with much besides the memory of that home under the elms – the Scotch songs and the family hymns that were sung at the end of each day – though there may be an attempt to catch something of that common sentiment (which we have tried to suggest above) – a strength of hope that never gives way to despair – a conviction in the power of the common soul which, when all is said and done, may be as typical as any theme of Concord and its transcendentalists.